Illuminati in Kenya: What is Illuminati? 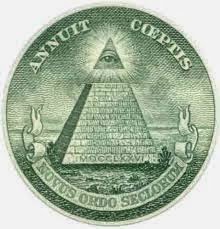 “Come and join the Illuminati in Kenya” reads many online ads. To most people, the word “Illuminati” conjures up images of devil worshipers sacrificing people and conspiring to take over the world. The real truth about who the Illuminati are and their agenda in the world is hazy at best. All the material available online doesn’t provide concrete answers and only raises more questions on how to join Illuminati in Kenya.

The History of the Illuminati

According to Wikipedia, the Illuminati was founded in Germany (Bavaria) in May 1776. The group’s mission was to oppose:

The formation of the Illuminati coincided with the “enlightenment period” in Europe where intellectuals advocated the use of reason and science to reform society.

Charles Theodore, the Bavarian ruler at the time, outlawed the group in 1785. The group is said to have regrouped in France and is suspected to have been behind the French revolution.

Today, there are several organizations that claim to be descendants of the original Bavarian Illuminati. Many of these fraternal secret societies use a variation of The Illuminati Order when naming their organizations. Others such as the Ordo Templi Orientis or OTO as it is better known use “Illuminati” as a level within the group’s hierarchy.

Crowley was an occultist, ceremonial magician, poet, painter, novelist and mountaineer, and, was at one time described by the British press as “the most wicked person in the world”. He founded a new religious doctrine which he called The Law of Thelema and reorganized the OTO around this law. The central principle of this law is summarized as,  “Do what thou wilt shall be the whole of the Law. Love is the law, love under will.” The sacred text of Thelema is the Book of the Law (Liber AL vel Legis in Latin) published by Crowley in 1904. Crowley claimed that the book was dictated to him by a formless spirit he called Aiwass.

The technical title of the text in Latin as written by Crowley is, “Liber AL vel Legis, sub figura CCXX, as delivered by XCIII=418 to DCLXVI”. DCLXVI are the Roman numerals for the number 666 and XCIII is the number 93 representing the formless spirit Aiwass. When translated to English, the title implies that the book was delivered by Aiwass to Crowley, who is The Beast 666.

The OTO is known to have very liberal views on issues such as sex and drug use. Crowley himself was a heavy recreational drug user. This video provides a glimpse into the life of Thelemites (Followers of Thelema).

In popular culture, the Illuminati are depicted as a secret society with nefarious intentions. They are rumored to be plotting a totalitarian world government and are said to continuously seek to influence politics, business and every aspect of human life. Several popular movies and books have cashed in on this theme. The most well known book of this type is Dan Brown’s 2000 bestseller “Angels and Demons”.

It is alleged that people who join the Illuminati are rewarded with great wealth.

Do the Illuminati Believe in God?

This is a tough one to answer. The available literature is contradictory. Some groups such as the OTO believe in several deities while others still adhere to the original Bavaria position of a world free of religious influence.

There are many rumors about certain wealth politicians, businessmen, musicians and even church leaders being members of the Illuminati. It is not uncommon to hear such claims at Christian rally crusades. It is difficult to verify any of these rumors.

Again this is found in popular culture and it is difficult to ascertain the truth. Flashing of the following hand signs is alleged to indicate that the individual is Illuminati. 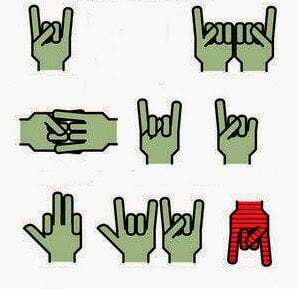 There has been a sudden interest in the Illuminati in Kenya. Many young people looking for a short-cut to riches are actively seeking to join the Illuminati. This could be attributed to the high number of unemployed youth who are willing to do anything to make ends meet. A number of scammers claiming to be the Illuminati have set-up shop in Kenya and are fleecing hapless Kenyans of millions of shillings. Prospective “members” are required to pay membership fees as high as 50,000/= . According to the Nairobian, thousands of Kenyans have fallen for this scam.

Famous People Alleged to be Illuminati

Many famous people are alleged to be Illuminati. Just about every American president is said to be Illuminati. Famous musicians such as Jay Z, Beyonce and Rihanna are also said to be members of the fraternal order. These rumors are mostly fueled by the said individuals flashing suspected Illuminati signs and in the case of Jay Z, using symbols considered Illuminati or satanic in his music videos. The following are a few images that have fueled the rumors. 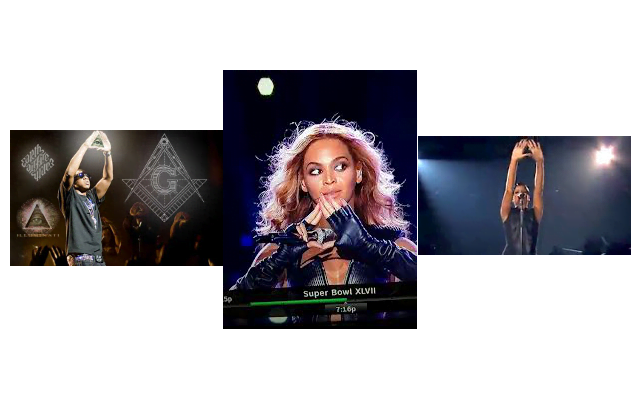