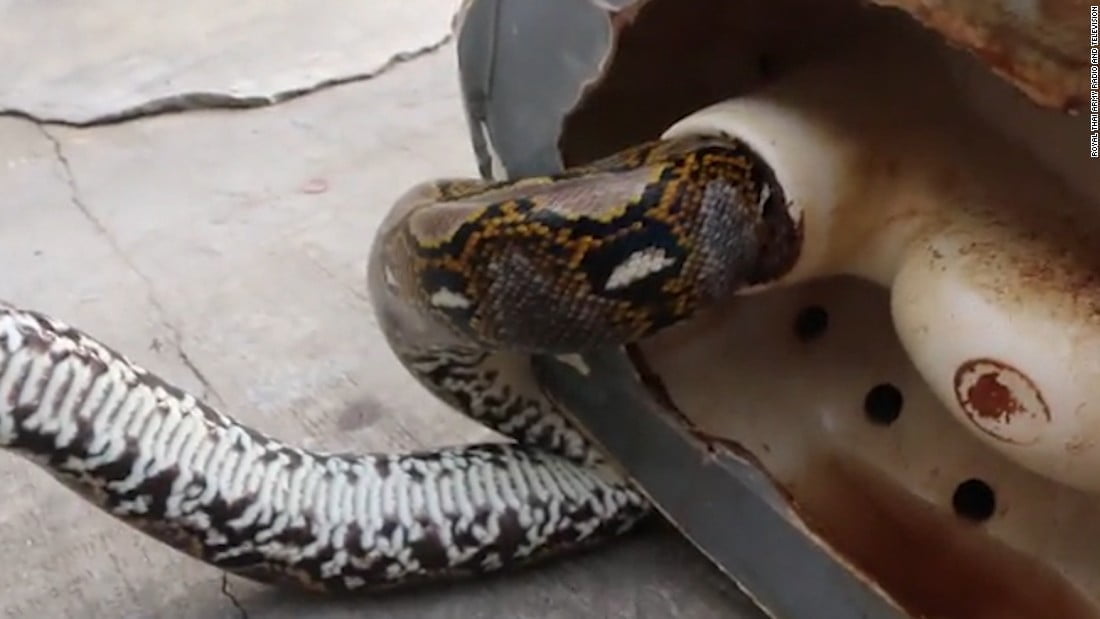 A man in Thailand is recovering in hospital after a four meter long python found its way into his toilet as he answered the call of nature and latched onto his penis with its fangs for several minutes.

Rescuers were alerted by loud screams. The massive snake eventually released him. He had already lost a lot of blood and was rushed to hospital. Luckily, for the man, pythons are not venomous.

The toilet had to be dismantled to remove the snake. 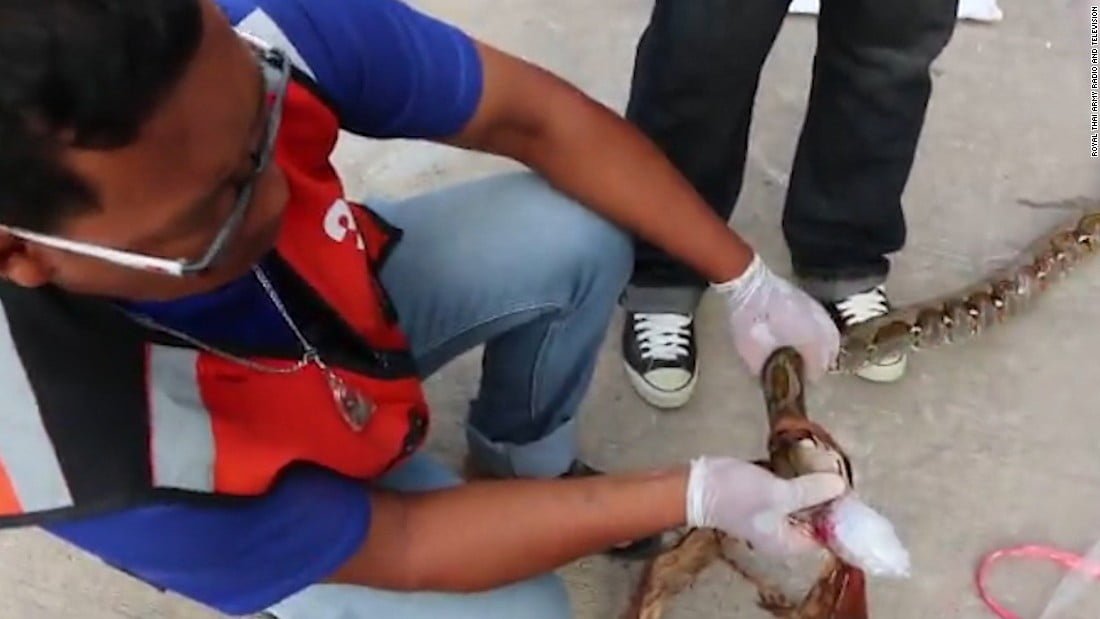 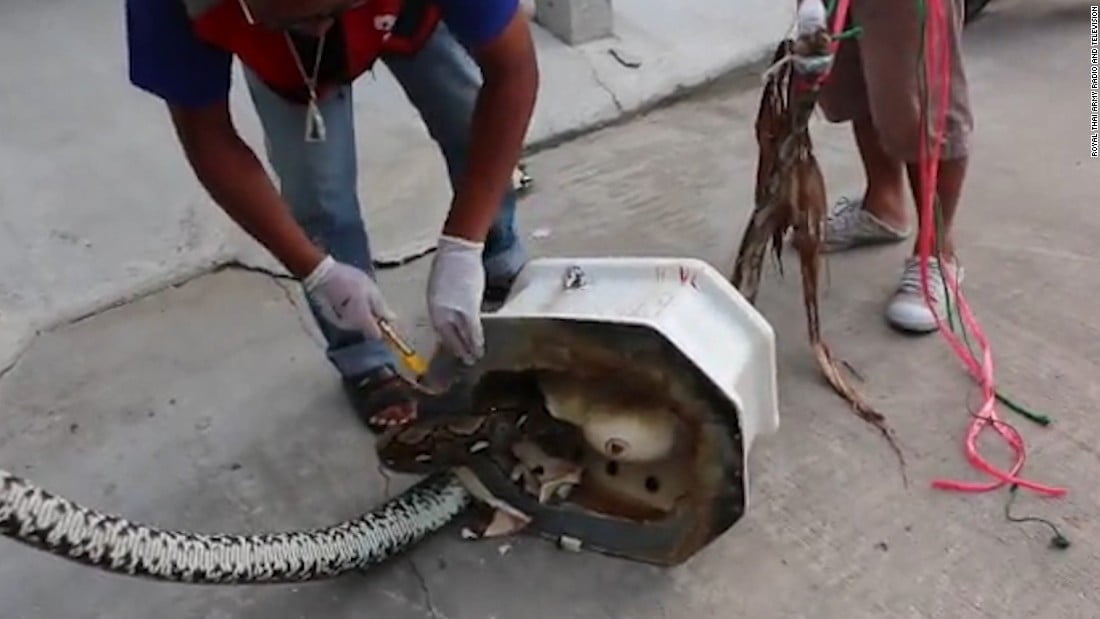