The Amazing Story of Conor McGregor

• Working as a plumber• Living with his parents• Thousands of dollars in debt• Cashing $235 weekly welfare checksNow, @TheNotoriousMMA is the highest-paid athlete in the world — bringing in $180 million last year.This is his WILD story 👇👇👇 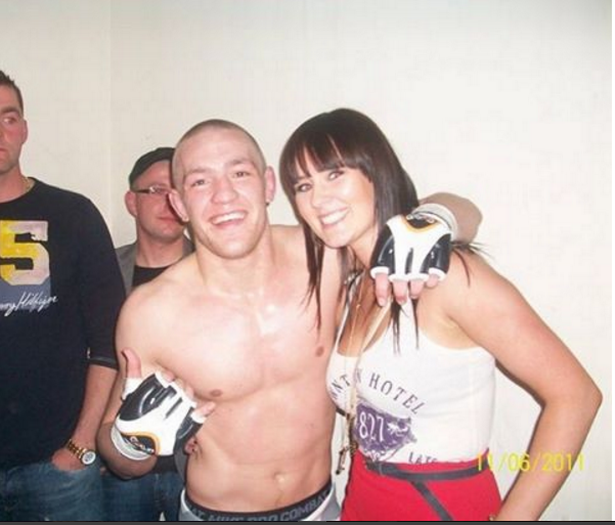 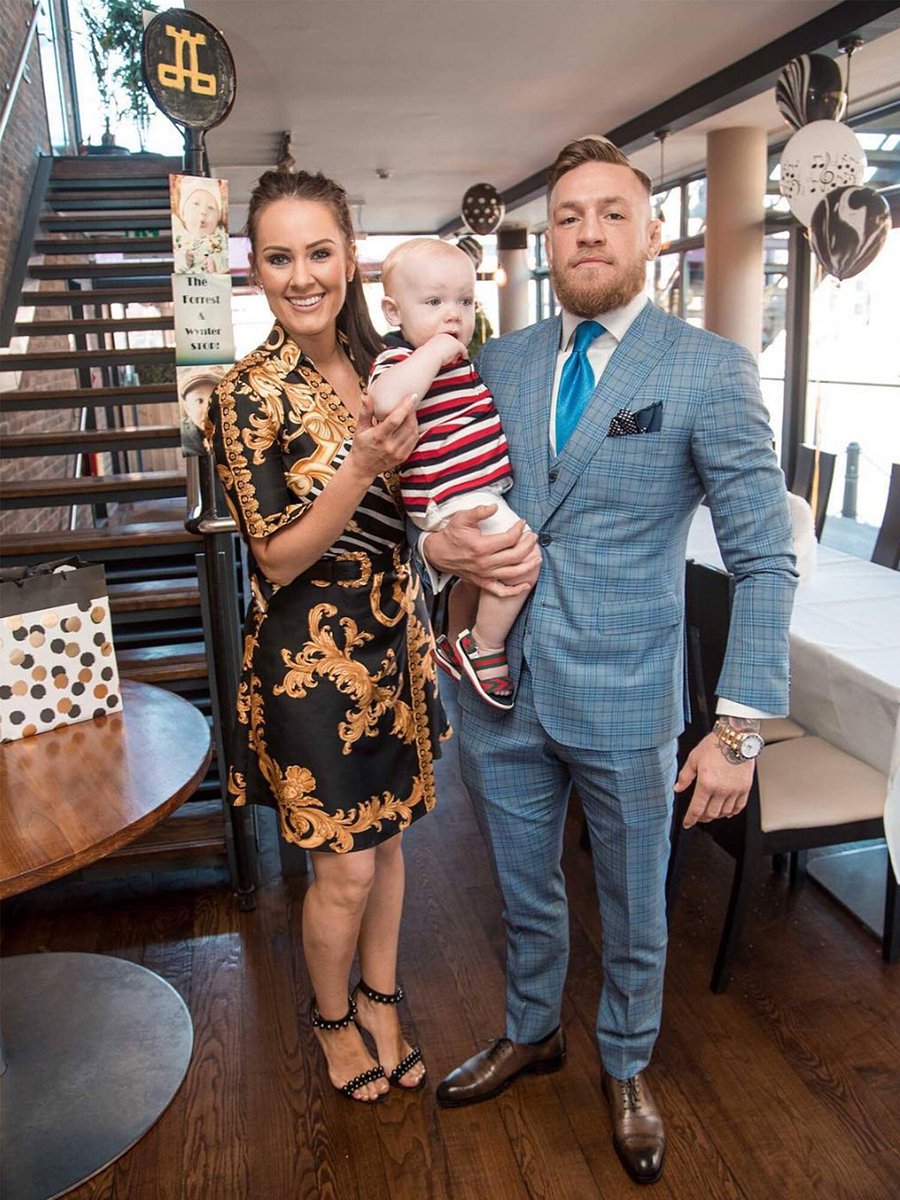 1) Conor McGregor grew up in Crumlin, a small suburb of Dublin, Ireland.His parents say he was born with clenched fists, but as he got older, his first love was actually soccer.He followed Manchester United religiously.That is until one event changed everything… 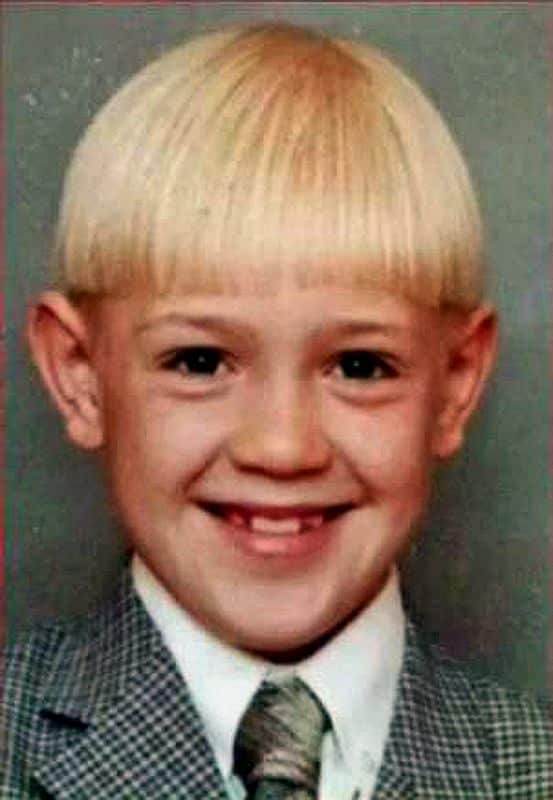 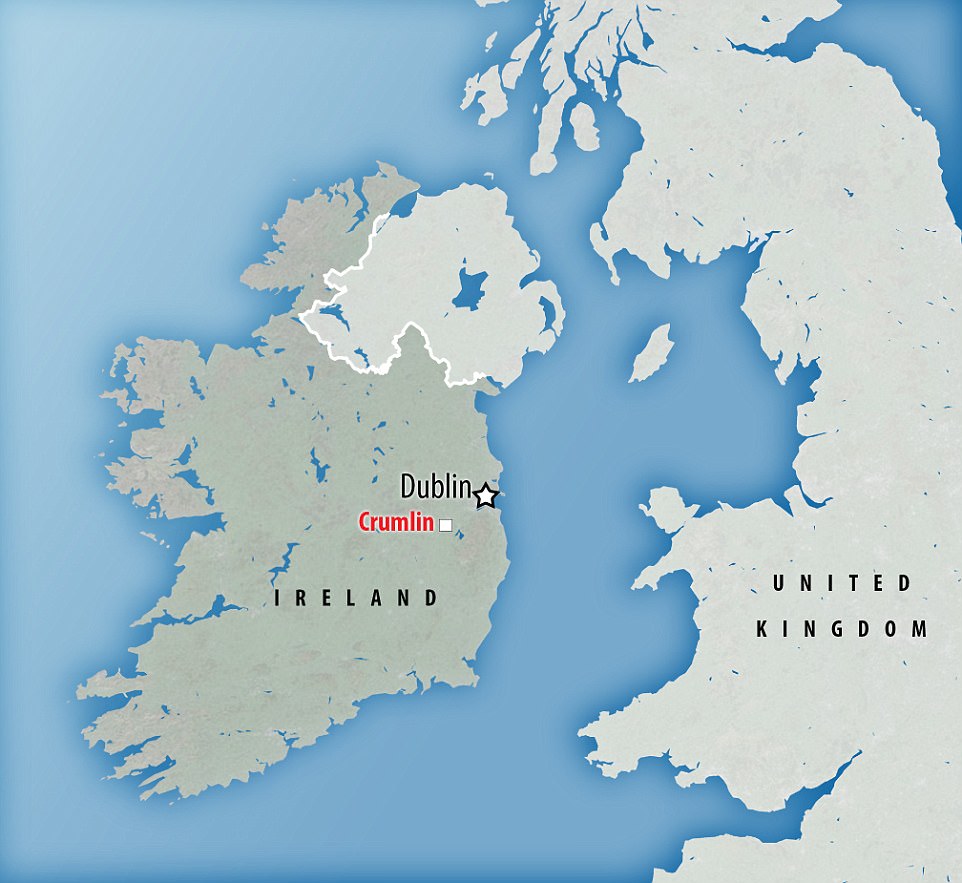 2) When Conor McGregor was 12 years old, a group of boys tried to bully him after school. They chased him all the way home.

His solution?Boxing.“Things like this happened a few times, so I thought f**k this I am going to go and train.”

3) At just 12 years old, Conor McGregor began boxing at the Crumlin Boxing Club.He trained on/off for the next few years, eventually moving to another town with his family at 16.That’s where he met future UFC fighter Tom Egan.They hit it off & started training MMA together. 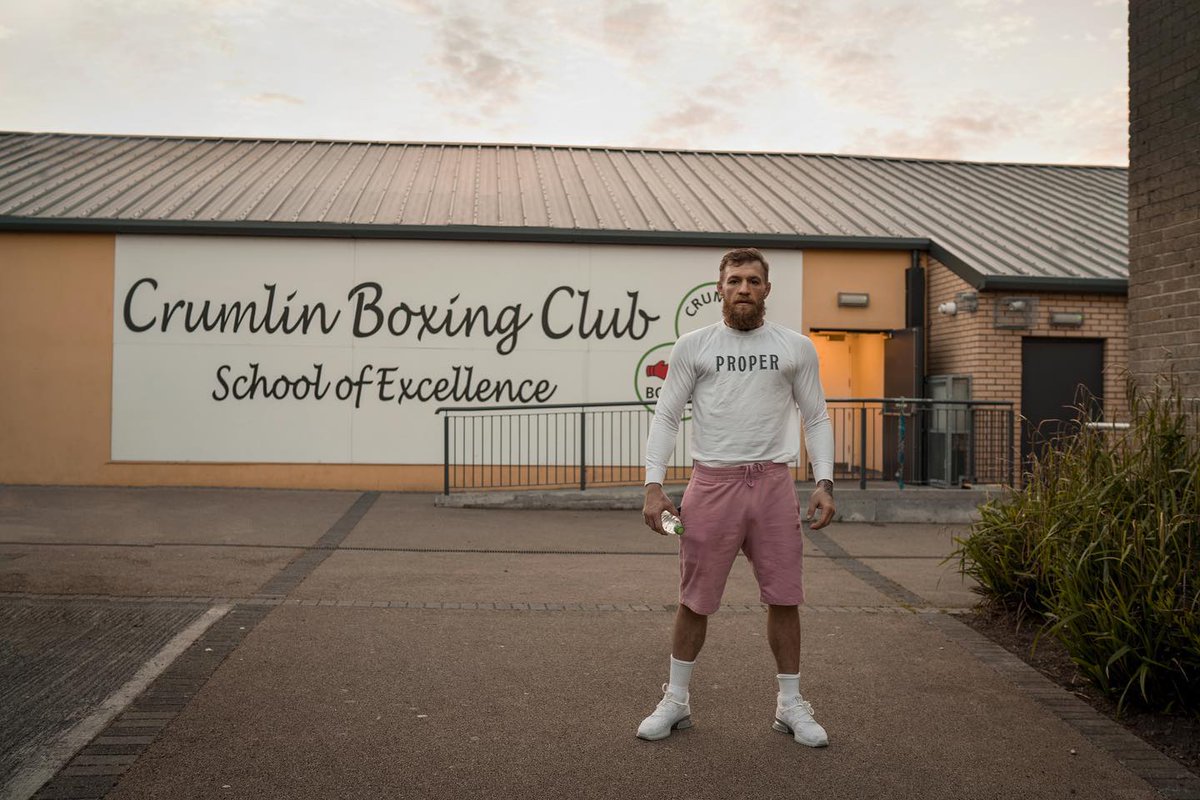 4) When they weren’t in school, Conor McGregor & Tom Egan could be found watching delayed recordings of UFC fights on the weekend.They’d watch the fight, then mimic the moves in the backyard — they loved it.The only problem?Now 17, McGregor needed to start making money.

5) Conor McGregor started working as a plumber.“I was waking up at 5am and walking in the dark, freezing cold until I reached the motorway & waited for a guy I didn’t even know to take me to the site.”McGregor would spend the next 12 hours fixing toilets.He hated it.

6) With a plumbing job limiting his time to train, Conor McGregor had a decision to make.Keep working & make money, or quit to train with no promise of a paycheck.Despite being thousands of dollars in debt & living at home with his parents, Conor quit.He was going all in.

7) Conor McGregor started training with the legendary coach John Kavanagh.He would spend all day at the gym, teaching classes for cash when he wasn’t training.Debt piled up, but welfare checks kept him afloat.The bad news?He started his MMA career 4-2. Not great. 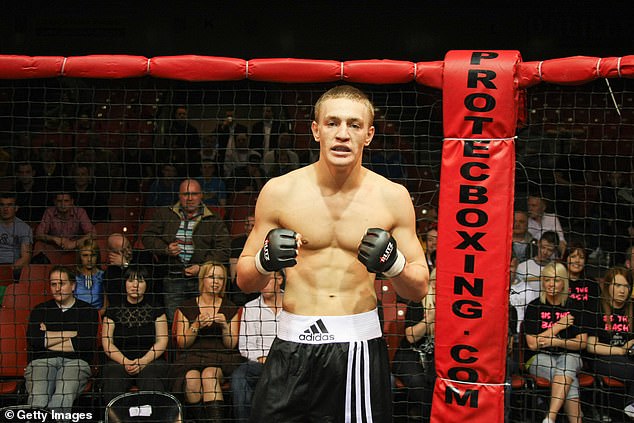 8) Following a 22-month hiatus, @TheNotoriousMMA came back a vengeance.He won 8 fights in a row, with multiple coming via 1st round TKO.The best part?After 5+ years of struggling to get by, the UFC fell in love with his brash personality.Dana White offered him a deal.

9) In 2013, @TheNotoriousMMA made his UFC debut.He cashed a welfare check on the way to the airport, flew to Sweden & beat Marcus Brimage by KO in round one.Even better, he took home a $60k bonus for his 1st “Knockout of the Night” award.“Dana, 60 Gs, baby!” McGregor yelled 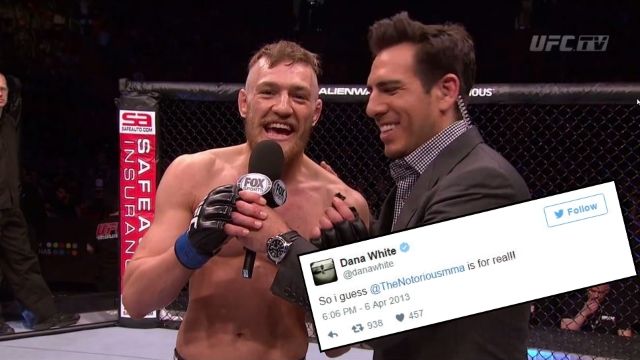 10) Since making his 2013 debut, Conor McGregor has become one of the most legendary fighters in MMA history.He’s won 20+ fights & multiple world titles, earning himself 7-figure paychecks.Even more impressive?He’s also become the blueprint for athletes in business.

11) Most athletes would have been happy earning $5M to $10M annually off endorsements.Not Conor McGregor.He wanted to own equity.

12) Conor McGregor teamed up with world-class entrepreneurs to launch companies like August McGregor and Proper 12 Whiskey.The result?Despite only fighting once last year, McGregor made $180M.Even crazier?About $160M came from outside the octagon. 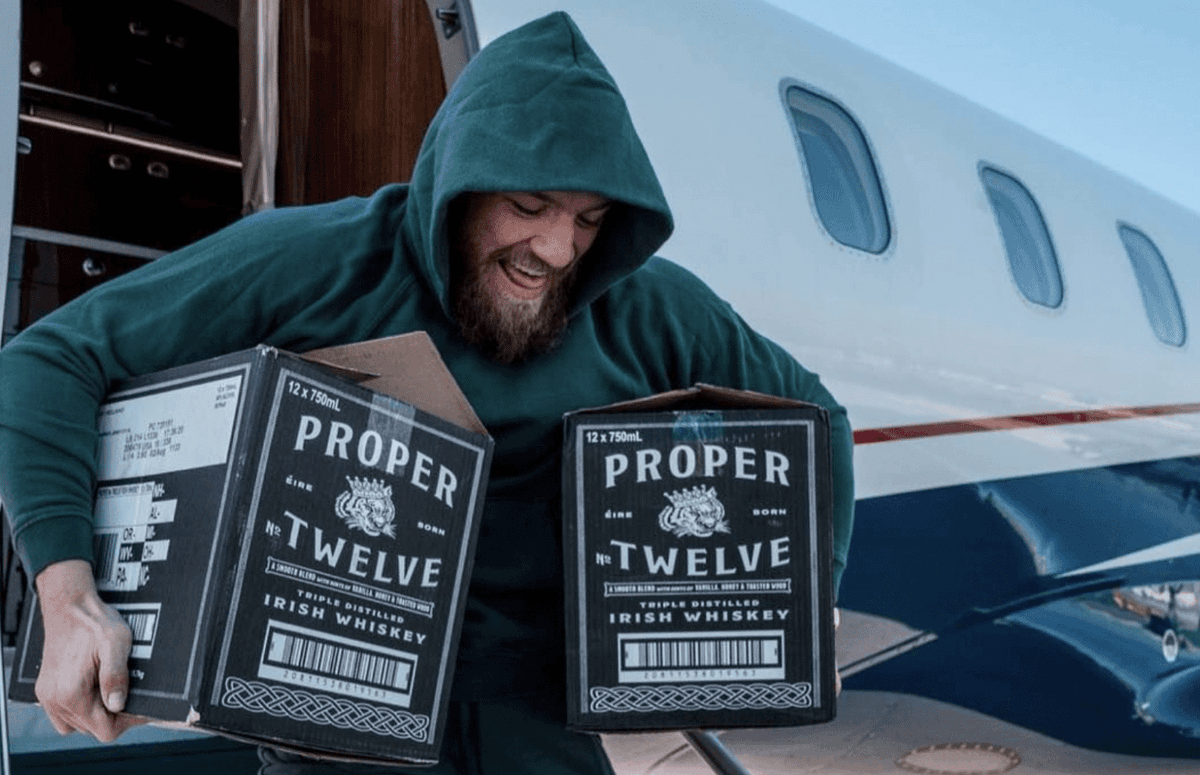 13) The greatest entrepreneurs in the world consistently remind us that two things are required to be successful:1. Take a risk2. Bet on yourselfMcGregor followed both principles, going from a career in plumbing to the highest-paid athlete in the world.

14) Regardless of your feelings about Conor McGregor’s public persona, he is an unbelievable businessman.There have undoubtedly been mistakes along the way, but McGregor went from cashing welfare checks to 9-figure annual earnings.That’s incredibly impressive. 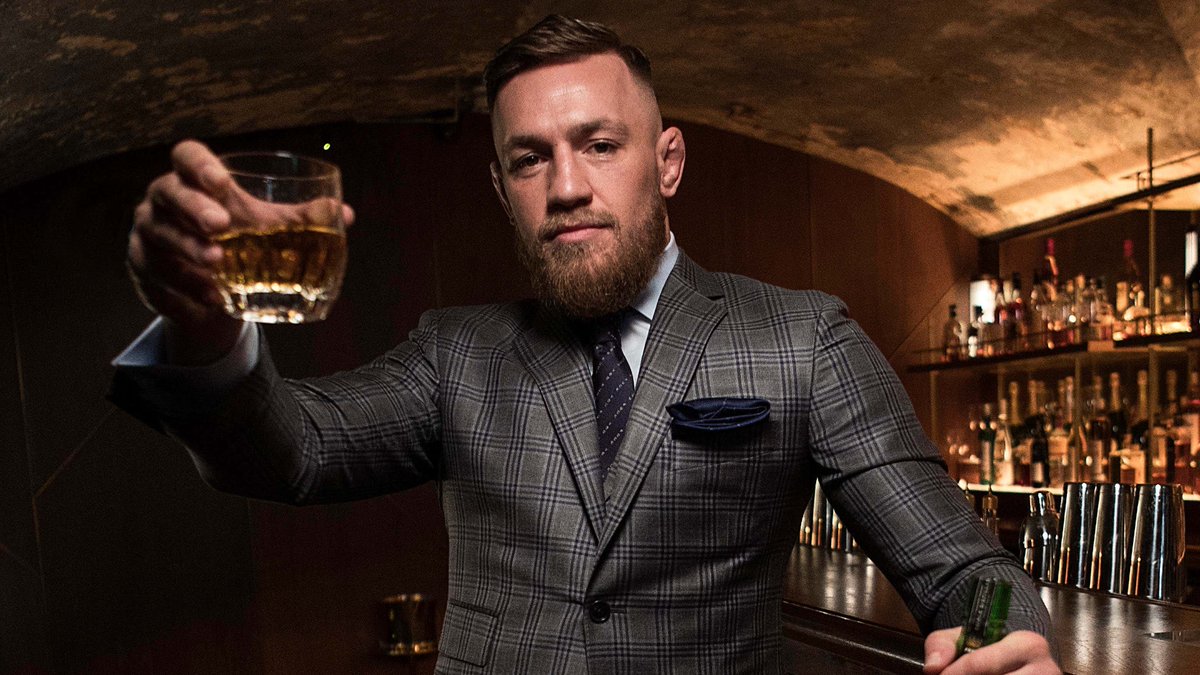