Africa Land Mass: What is the True Size of Africa? 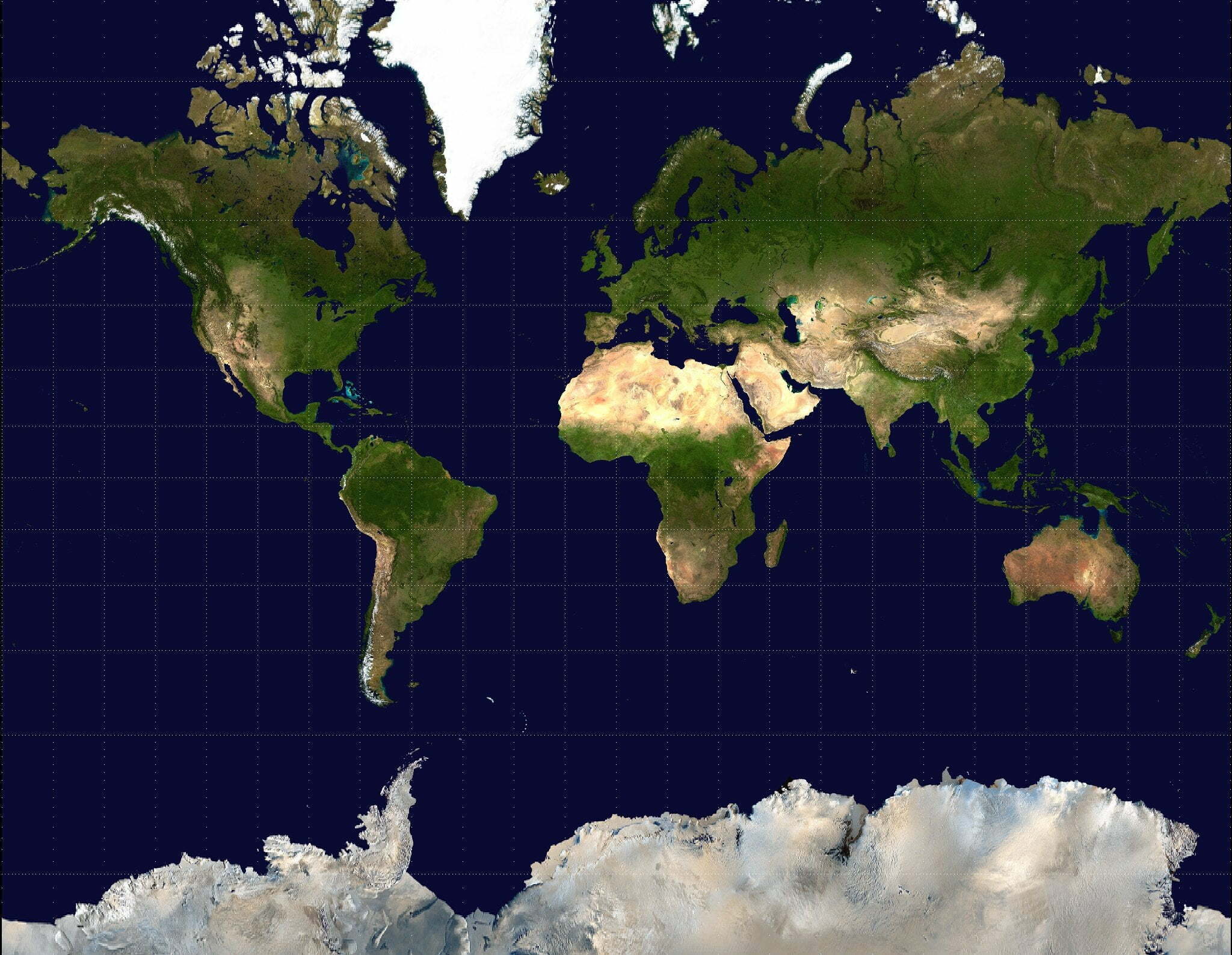 Did you know that Africa is larger than the United States, China and India combined? Africa’s physical land mass is actually ten times larger than India. However, the map of the world that we are used to depicts Africa as smaller than it really is.

The reason for this is simply the fact that a sphere cannot be represented on a flat surface without distortion. Using the map projection above we have become accustomed to over many years (Mercator Projection), Africa looks about the same size as Greenland despite actually being 14 times larger. You can actually “fit” the US, China, India and several other countries in Africa as shown in Kai Krause’s representation below. 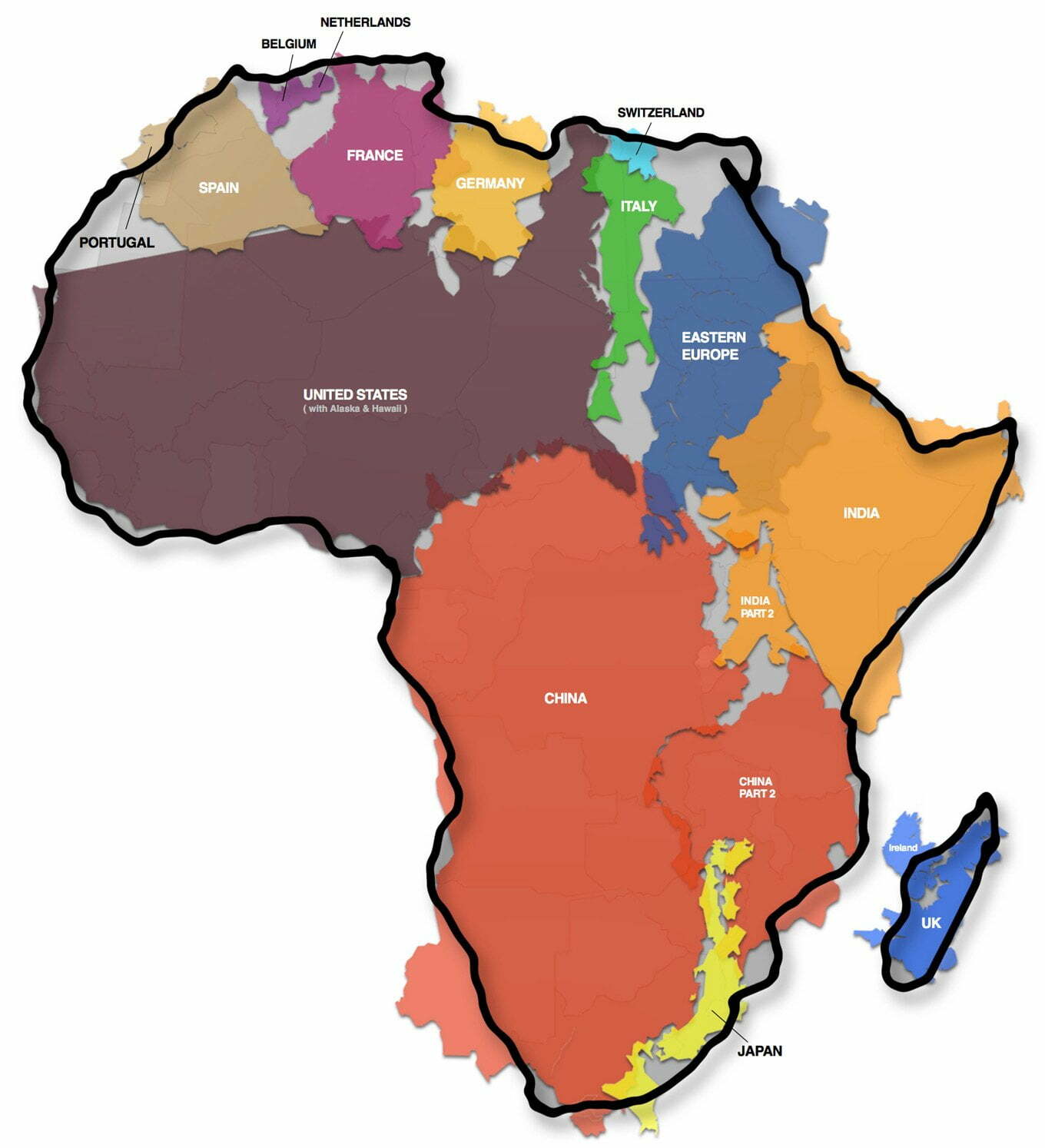 While this was quite accidental, it has given the illusion of power and importance to the US and mainland Europe. The true size of Africa in comparison with other continents is shown below using Gall-Peters projection map.

The True Size of Africa by Kai Krause