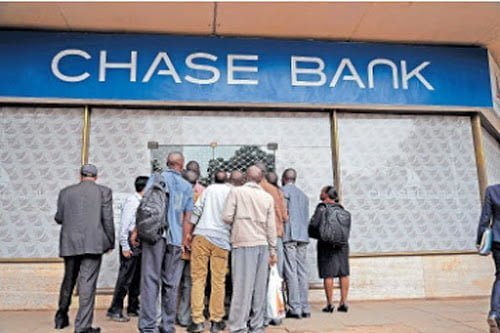 In the wake of the collapse of Chase Bank, it is worth retracing Kenya’s banking sector’s “rich” history of having banking institutions go bust.

The Second Wave; 1993-1995: 19 banks collapsed, several of which had been wrapped up in the Goldenberg Scandal.

*None of the stated banks was put under liquidation.

•August 14, 2015; placed under statutory management by the Central Bank of Kenya for a period of one year with Kenya Deposit Insurance Corporation (KDIC) as the receiver manager.

•13 October 2015; placed by the Central Bank of Kenya under management and control of the state’s Kenya Deposit Insurance Corporation